The flight booking system of Radixx Res (a subsidiary of Saber Corporation) has fallen victim to a cyberattack using malware.

Saber systems were not affected by the incident and the customer database was not compromised. However, due to the cyberattack, customers of 20 airlines were unable to book flights. 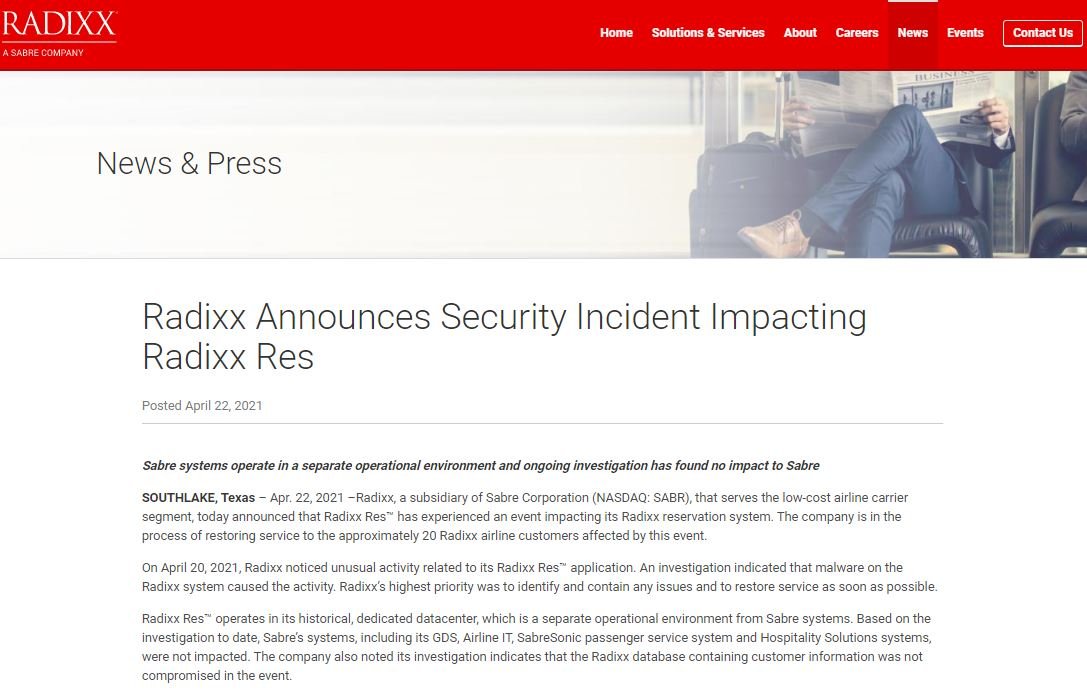 Due to the disruption to the service system, many airline passengers were unable to make, change, cancel or confirm reservations through the airline’s websites.

The company representatives did not specify which malware was used during the cyberattack or who was behind the incident.