Cybercriminals from Dark Web are hunting on unemployment benefits 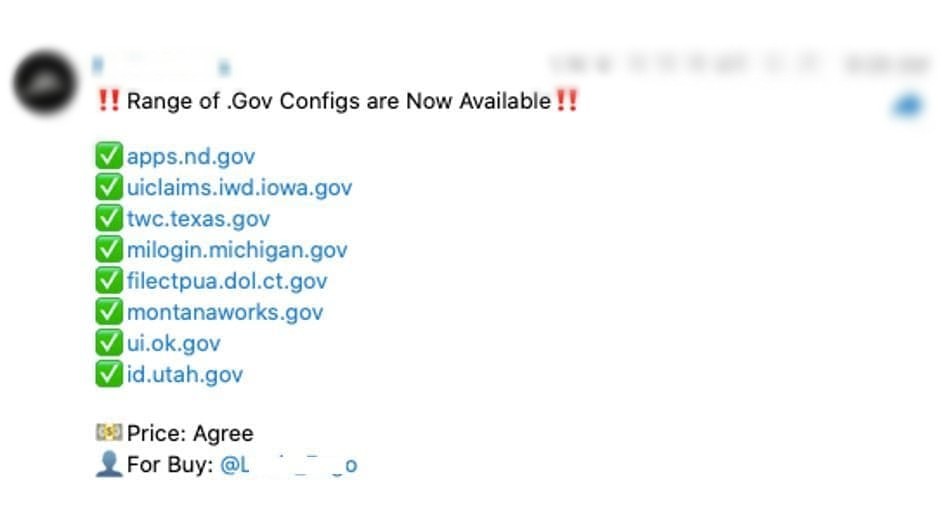 Scammers are conducting what is called “credentials stuffing” attacks, using automated tools and large volumes of stolen compromised data and personal identifiable information (PII) collected from various data breaches. Using this data and frequently used passwords by users, they then brute-force the credentials to gain access to hardworking U.S. citizen accounts that are eligible for unemployment payment to defraud them.
The Coronavirus Aid, Relief, and Economic Security (CARES) Act passed by Congress and signed into law in March 2020 provided additional UI benefits to qualified individuals and helped provide unemployment insurance benefits during the COVID-19 pandemic to people who did not otherwise qualify, including business owners, self-employed workers, independent contractors, and those with a limited work history.
FBI have registered an unprecedented explosion of unemployment insurance (UI) fraud across multiple states.
In some cases, inmates are filing for and getting thousands of dollars in pandemic unemployment assistance while sitting in their jail cells. Now charges filed and a wave of charges against thousands of inmates are still coming. And all this is just the tip of the iceberg of massive fraud. Inmates and their accomplices stealing money that is intended for honest hard-working families across America.
Thousands of inmates in county jails and state correctional institutions have been in on the scheme. Each person involved collecting thousands of dollars in pandemic unemployment insurance that is meant for workers sidelined by the Covid-19 pandemic.
Inmates along with their outside accomplices who filed the claims started being arrested last year. All these scammers have stolen taxpayers money and have undermined a safety net that millions have relied on during the pandemic.
One of the first inmates to be accused was murderer Lamont Wilford. He was charged along with his girlfriend Casey Norik and another outside accomplice who filed the unemployment claim. 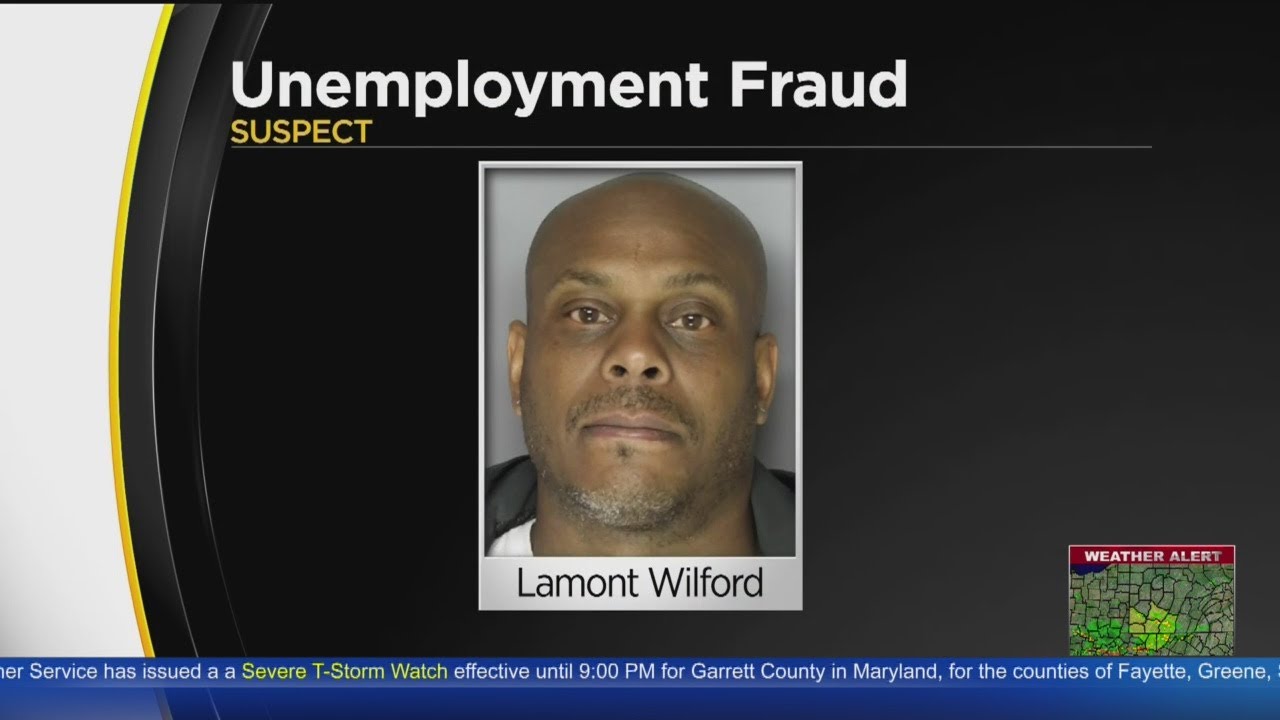 This year unemployment fraud still continues on an unprecedented scale. As this fraud has now become so serious, each inmate charged could face an additional 20 years in jail and $50,000 in fines
In March, three members of a North County family were charged with defrauding the state employment agency out of 1.3 million dollars.
The defendants are accused of using the names of 64 prison inmates to apply for unemployment benefits.
One of the three defendants Miss Michelle Marquez appeared by a video call from Las Colinas in front of Judge Francis facing 16 felony counts that could put her in prison for up to 12 years.
Marques and her husband Ryan Kubista along with her mother-in-law Stacy Wright are all charged with unemployment fraud and grand theft.
Marquez is accused of using the names of 64 prison inmates to file for EDD benefits collecting more than 1.3 million dollars in illegal payments.
An arrest warrant alleges the defendants had EDD atm cards mailed to several different addresses in Escondido as well as UPS store mailboxes under the names of the prison inmates, and that investigators obtained surveillance images of Marquez and her husband withdrawing the funds from San Diego county atm machine.
The judge set bail at $900,000 in part because prosecutors thought Marquez might use the cash from the EDD fraud to bail herself out of jail.
She remains behind bars pending a bail review hearing then set for April 5th.
The arrest warrant, in these cases, did not say whether the 64 prison inmates were aware that their names were being used for this EDD alleged fraud. However, when you apply for EDD you have to provide a “social security” number.
All three defendants have been in trouble with the law before, in fact, when they served a search warrant on Marquez’s house in this case, they not only found 31 EDD atm cards, but they also found 30 grams of fentanyl.
In September 2020, the Beverly Hills police arrested 43 people. all of this in connection with the growing fraud scam.
Beverly Hills has long been known as the mecca for luxury shopping and it is not just enticing for those who have money.
Police now say it has become a destination for identity themes running unemployment insurance scams, who may very well have stolen your money.
Last year police made a total of 87 arrests in the Beverly Hills area, recovered 8 handguns and 181 EDD cards. Beverly Hills police also recovered approximately $467,000 total in cash and  $440,000 in US postal money orders.
Police stated that all of the cash and debit cards were obtained from scammers committing fraud against California’s employment development department.
90 per cent of the people that were arrested were not from the state and were using out-of-state addresses. 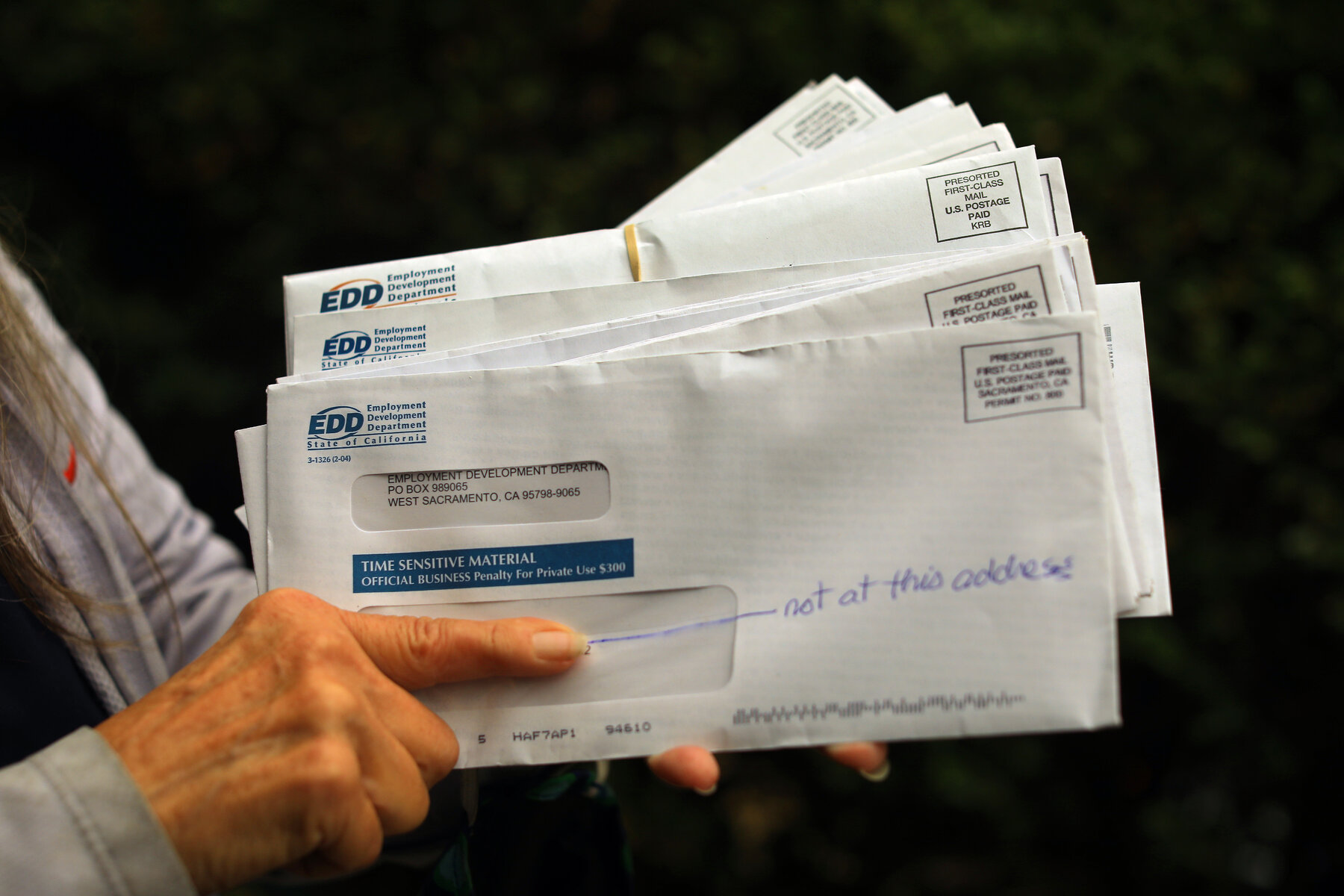 Police said that some of the arrestees are from as far north as Alaska and as far east as New York and they are flying to California, moving into short-term rental homes in the La area and then applying for unemployment insurance using identity stolen through data breaches, sending debit cards and checks to their rentals as well as other homes that are vacant or have easily accessible mailboxes.
So, while many unemployed Californians wait months with nothing from EDD, scammers are getting cash in days.
It can take about three to four days after the scammers submit all the information into the computer until they have a card in their hand. Then these scammers will travel to Beverly Hills and spend this stolen EDD money on high-end merchandise within the business district of Beverly Hills.
Police told reporters that routine traffic stops led them to some of the people arrested. In other cases, luxury stores reported suspicious use of EDD cards.
Informants reported that at times when the cards have been maxed out, the scammers will then take out a couple more cards in order to pay for the goods. So, in theory, when buying a high-end pair of shoes or a high-end purse there maybe two or three cards attached to that single purchase.
However, even with 87 arrests and potentially millions more stolen, identity theft is a non-violent offence, which means it is a zero bail offence in California. Offenders don’t even go to jail. They get processed, fingerprinted, booked and they will be given a ticket to appear at a local court in 60 to 90 days.
Beverly Hills police along with many other police units in America have issued warnings to store owners and other high-end shopping areas to be on the lookout for these scammers.
The sheer scale of this means that investigations across America are far from over.
Scammers have taken advantage of a public health emergency to cash in on the backs of normal working-class people across America to scam a system that is meant to help due to the pandemic.
Federal sources have stated this scam is still going strong all over the country and that the abuse could well reach billions of dollars.
Investigations continue
Previous articleIndustrial supply chain is in danger – new data published by REVil ransomware gang.
Next articleMore than 500 million LinkedIn users’ data scrapped: What was their motive?