REvil member lives happily ever after in Barnaul, and no one is after him

One of the most wanted “Russian hackers” by the FBI, Yeveniy Polyanin, lives quietly in Barnaul, enjoying a “luxury” class life, and it does not seem that anyone is hunting him. This is the conclusion reached by the journalists of the British edition of the Daily Mail, who decided to find the ill-fated Russian, against whom charges of ransomware attacks and money laundering were brought against him earlier this month in the United States.

According to the Daily Mail, 28-year-old Polyanin lives happily ever after in his own house for $ 380 thousand in Barnaul and drives a Toyota Land Cruiser 200 for $ 74 thousand. In addition, he has a second car – a BMW for $ 108 thousand. His wife Sofia, with which they, together from the time of study at Altai State University, openly conduct a business selling cakes. The couple enjoys life and arrange helicopter rides over the Altai Mountains.

According to the FBI, Polyanin is a partner of the REvil / Sodinokibi cybercriminal group. For information that would help arrest him, the bureau announced an award of up to $ 5 million.

The Russian should become a kind of example of cooperation between Vladimir Putin and US President Joe Biden in the fight against cybercrime (according to Russian law, “a citizen of the Russian Federation cannot be expelled from the Russian Federation or extradited to another state”). Nevertheless, according to the results of the journalistic investigation of the Daily Mail, the Russian authorities are in no hurry to arrest Polyanin. So, according to his relatives and neighbours, neither the police nor the FSB questioned them in connection with any FBI charges. 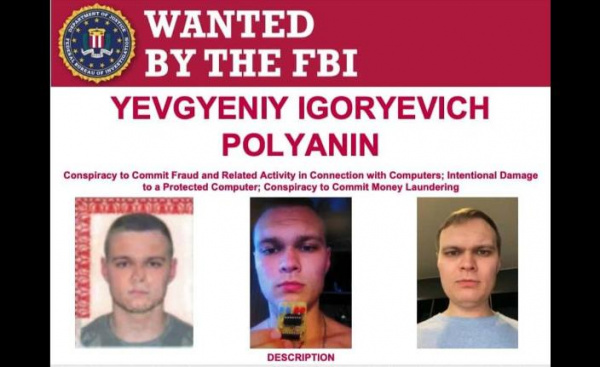 According to the newspaper, the last few days the Polyanins couple fought off journalists in every possible way, barricading themselves in their house in the fashionable Nevsky residential complex (the address of the house was accidentally “leaked” to the social network by Sofia herself). Eugene did not pick up the phone and made it clear that he did not agree to the interview. At the same time, he contacted his mother Svetlana, a modest 58-year-old pensioner from Barnaul, and assured her that all the FBI charges against him were false.

When the US authorities brought charges against Yevgeny Polyanin, Svetlana denied that her son worked as a programmer, and then refused to discuss his work altogether. According to her, she does not know where Eugene is now. “Perhaps he is in the police,” said Polyanina. However, after a while, she told reporters that Yevgeny contacted her and assured her that all the charges against him were a lie, and he himself was now on vacation.

Despite the fact that Polyanin has a luxurious house, he is registered in his mother’s apartment in a Soviet-built house, where housing was previously issued to employees of the Ministry of Internal Affairs.

Polyanina’s 35-year-old sister, Anna, also states that no one has contacted her about the accusations against her brother, and refuses to communicate with the press.

According to classmates and teachers, during his student years, Evgeny Polyanin did not show outstanding abilities in programming, was more interested in sports, and the accusations of hacking surprised them very much.

Polyanin never completed his master’s degree in computer technology at the Faculty of Physics and Technology of Altai State University. In 2014, he suddenly deleted all of his social media pages, and five years later registered as an individual entrepreneur in the field of “computer software development” and “IT consulting”.

The Daily Mail reporters asked the FBI what will happen now that Polyanin’s whereabouts have been established. Representatives of the bureau have not yet responded.